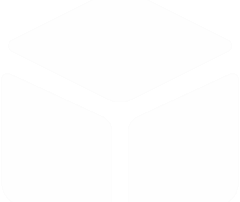 We are pleased to offer you a selection of articles and essays related to the applied work of visionCircles. If you'd like to contribute an article yourself then please contact editor J.J. McMahon HERE.

During a recent trip to Greece when it was, and still is, suffering financial convulsions, I had an interesting conversation with an erudite architect that had just officially retired but continues to work. Fluent in three languages besides his own he was speaking in English about the nature of the human being. Believing in the theory of evolution he contended that the high point of evolution was reached when a scattering of human beings in recorded history produced great achievements in literature, art and science. According to him these luminaries were like shooting stars that had had little effect on raising the universal consciousness of mankind. His analysis of the current state of humans led him to the pessimistic conclusion that humanity is devolving, that is, going backwards from creative consciousness to the sensual consciousness of the animals without the protection of a finely honed instinct. Consequently, humans are becoming more dangerous to each other than animals in the wild are to each other.

“We can put a man on the moon, but …” has been the opening line for a long list of complaints about human failures such as, eliminating hunger, poverty and war. The technological spin-offs from scientific research that we enjoy with hardly any scientific knowledge on our part have contributed abundantly to our physical well being. But, there are no technological spin-offs from the social sciences that we can use mindlessly to achieve love, justice, friendship, peace, and many more human ideals. Although the social sciences have swelled the reservoir of knowledge with insights and techniques regarding the dynamics of human development, nevertheless, to flourish personally requires personal reflection to fit this advanced knowledge to our unique lives.

Dialogue - The Key to Successful Development

Human development is a story. Like all stories the chapters of our lives tell the tale of the human spirit faced with making life-changing decisions such as, a career choice, choosing a marriage partner, being true to our ideals, and constructing a belief system that will shape our attitude toward ourselves and the world. Just as the dialogues of the characters in novels contribute to the creation of great literature, so also personal and inter-personal dialogue in the stages of human development account in large measure for creating a person magnanimous in heart, mind and spirit.